BRAD’S COLT A “STREET AHEAD” OF HIS RIVALS

: THERE was nothing unlucky about Brad Widdup’s 13th win of the season at Newcastle yesterday.

His lightly-raced three-year-old Trengganu was a “street ahead” of his rivals in the Maiden Plate (1200m).

Well supported to start at $4 and with Koby Jennings aboard, Trengganu powered away from $2.90 favorite California August in the closing stages to score impressively.

Aptly-named Trengganu (a street in Singapore’s Chinatown district) is raced by China Horse Club, and the son of former classy sprinter Brazen Beau gave his trainer great satisfaction in breaking through at only his third start.

“Trengganu is the first horse I have had for China Horse Club right from the start, and I’ve been patient with him,” Widdup said today.

“He is the only horse I have for them at present, and would be happy to get some more to train.

“I think Trengganu is pretty handy and he will take further improvement from yesterday’s race.

“He has pulled up well, and I will look for another suitable race for him in the coming weeks.

Widdup has confirmed stablemates Sandbar and Junglized will head to Queensland for the $1m Magic Millions Snippets (1200m) at the Gold Coast on January 11.

Sandbar will be sent north later this week to settle in and run in the Falvelon Quality (1200m) at Eagle Farm on Saturday week leading up to the Gold Coast assignment.

. Widdup’s apprentice Qin Yong has covered plenty of territory in the last couple of days – and it was worthwhile.

He rode at the Mudgee Cup Showcase meeting last Friday and was narrowly beaten on $16 chance Redirect in the final event.

Qin Yong stayed overnight in the country and travelled to Gunnedah yesterday, where he won on Malzoom ($4) in the Benchmark 58 Handicap (1300m) for local trainer Gavin Groth. 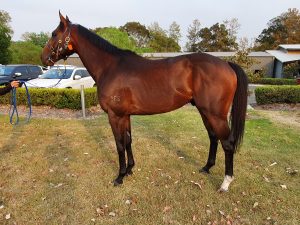